Lock-down may have forced Wastesavers to close it’s reuse shops in Newport, but that has not stopped them continuing to help people in crisis.

Unable to sell from their shops, the charity is now working even more closely with support agencies and other local charities.

“I was really surprised by the reaction we had to a Facebook post that simply asked if any support agencies needed furniture,” said Nicola Rossiter, Reuse Operations Manager with Wastesavers.  “Our stock was gathering dust.  We knew lockdown was making things harder for many but we were struggling to reach people in crisis situations.”

“Within minutes of putting the post up we got more than 30 shares and reached more than 5,000 people. That’s really unusual or us.”

Homeless charity Llamau were one of the first to respond and Wastesavers donated a large van load of household items to their contacts.

As almost all Wastesavers charity staff are on furlough, the senior management have taken on the task of doing the deliveries.

“We are coming across high levels of poverty when delivering,” Nicola recalls. “Last week, for example, we delivered a sofa, beds, tables and chairs to a family with two children who had been moved into emergency accommodation. They had a roof over their heads but nothing much else.

“The two and five year olds were sharing a single mattress on the floor and there was literally no other furniture in the house; no sofa, no table or chairs, no TV. We believe everyone should have something to sit, sleep and eat on,” she continued.

Wastesavers is also helping meet the huge surge in demand for computers, especially with most schools remaining closed.

“We distributed 10 laptops through the council’s foster team before Christmas” explains Nicola, “but demand is so high we’re bringing back our IT officer off furlough to process dozens of laptops we are refurbishing in partnership with the DonateIT Wales scheme who will distribute them to local schools to help pupils with home learning.

Most of the other IT items we have are being distributed directly to local charities that work with families in the community.”

And as if the pandemic was not causing enough problems the Wastesavers Reuse Centre has also donated furniture to residents in Newport who’s homes were flooded in January. 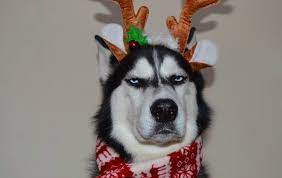