Thousands of Newport pumpkins face an uncertain future as residents dump them in general rubbish instead of putting them on top of their food recycling bins.

“I spent months getting to this size,” said a pumpkin who did not want to be named; “I had a wonderful halloween and scared a lot of small children. All I ask is that I’m recycled so I can come back and do it all again next year.”

A spokesperson for Wastesavers said; “We will be collecting pumpkins if people put them on top of their food recycling bins this week. There will be tonnes of pumpkins out there, and by recycling them they will help generate electricity and provide compost for farms.”

According to the Institute of Scary Pumpkins; ” After Halloween, pumpkins that have started to rot get depressed (see picture). It is far more humane to recycle them in with your food waste than let them slowly decay in your general rubbish.” 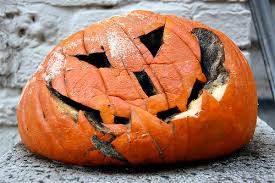 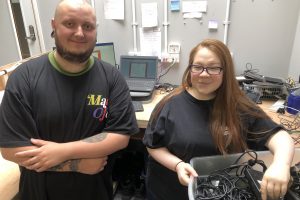